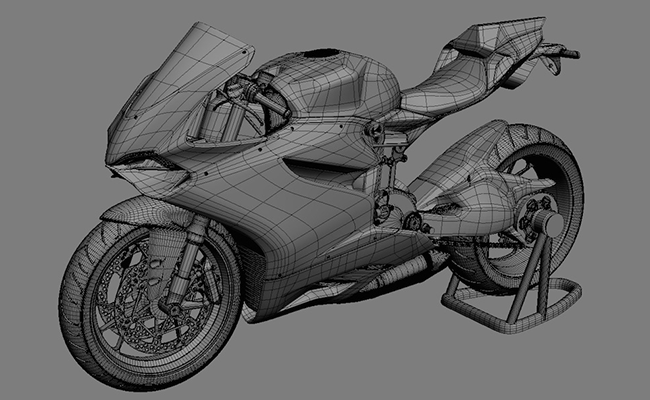 Today we will discuss a very popular and often re-visited topic which is, what does it take to handle production workloads? What kind of specs does one need to be able to do video editing, video rendering, 3D modeling, architectural work, engineering projects, CAD designs etc. Over the years there's been a lot of confusion on what is required and what are the most important components.

As you may know by now, the most vital list of components include the processor (cpu), its memory, the hard drive(s) and the graphics card (gpu). Each one of these components, plays a major role in a rendering task.  But how much power is required for each one depends on the workload and the nature of business you are dealing with.  Primarily, the processor is considered by most the heart of every system. It is the brains of any operation, the one that delegates and  dictates what is done and at what priority and it plays a huge role within any modeling, exporting or rendering task at any single time. For today's projects, in 2020, a 6-core cpu, with a high clock speed is what will keep a computer on pace and finalize most computer work without any hiccups or lag.

For simple CAD work even a 4-core cpu can do the job whereas for advanced 3D graphic design, animation, visual effects an 8-core is only considered as entry-level. Then again, your decision truly depends if you are a consumer or a professional working for a big corporation. Time, effectiveness, complexity and stability are what categorizes the specifications required. High end professionals that run multiple and complex tasks and are responsible to deliver large and complicated projects within strict timelines always speak about system stability, system "horsepower" and the latest technology as they acknowledge that time, product quality and efficiency are what masters their craft.

The second item that is considered quite important in a production is the amount of memory your system has. Nowadays, 16GB of DDR4 is only considered essential so that users can multitask and work on projects. Applications and software today has become so power hungry, that it is wise to equip your PC with as much power as your budget allows you to. From our experience, mostly here in Cyprus, on average a workstation PC, either for photography, video editing, animation, music production or high level software production/development comes with 32GB DDR4, something that us a company, and clients as the end user consider a necessity. More RAM, entails much more data passing through and it gives the system the breath that it needs to process-apply-render information in projects much quicker.

Now moving on to the hard drive something that is  often neglected and users don't give it the credit it deserves. We often forget that a PC reads and writes all the time. Either when browsing, or reading emails or while working. But how fast a system disk reads or writes is what in essence can make a rendering complete faster or a 4K playback on a timeline to be smoother. So, we always recommend to go with an NVME m2 SSD, and if your budget allows, choose a high end one, such as a SN750 WD Black. a Samsung 970 EVO Plus.

Lets now touch on the graphics card. Is it needed? At what extend? How expensive? A graphics card on its own, regardless of how powerful it is, without a sufficient cpu, will struggle. A graphics card's work is to complement the processor and alleviate the burden, using its multiple CUDA cores that even though they are slower in clock speed, their vastly greater number comes useful in several tasks. Just to imagine, an AMD 3700X has 8 Cores running at 4.4Ghz boost, whereas an NVIDIA RTX 2060 has 1920 CUDA cores running at 1.68Ghz. For simple 2D CAD design and light Photoshop, a dedicated graphics card is often skipped and users invest  more in a cpu, ram and a fast disk but for 4K and 8K video editing, 3D work, animation, professional music production, 3D CAD design, a client will opt for a dedicated graphics with a minimum of 6GB VRAM or even 8GB. As mentioned before, playback on a 4K video, 3D design and modeling, animation work, film production, After Effects and any kind of Visual work, has a tremendous advantage when is consumed in a system that has a solid gpu to aid the cpu. Professional workstations will go a step further and invest in XEON, EPYC or Threadripper processors and QUADRO graphics cards, a group of products that have power and software written especially for this kind of work, in order to ensure more stability and effectiveness to their project.

So to summarize, what is needed depends on what you do and how often you do it and at what level. A hobby is not the same as being your daily job. So our job as a company,  is to guide and consult our clients on how to best invest their budget in order to achieve optimal results.