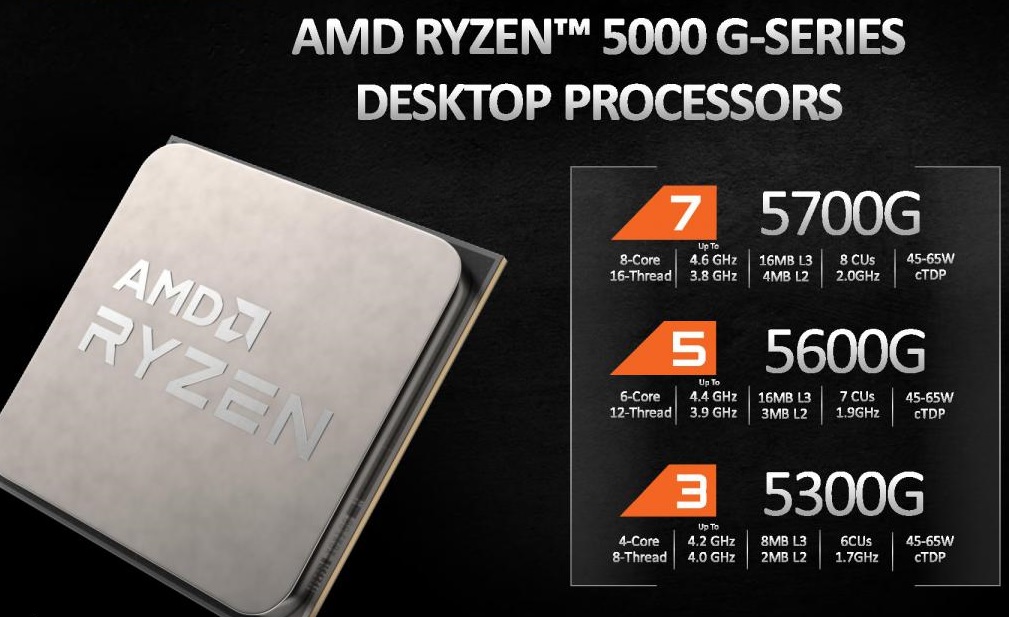 AMD decided many months ago that it make available beyond its OEM partners, its embedded Ryzen 5000 graphics processor models to system builders. These models span from Ryzen 3 5300G, 5600G to 5700G and said to be available to consumers and system builders on 05/08/21.

Even though it comes at a bad timing, AMD's goal is to close the gap between Intel's rival processors and also make an appearance in the entry level processors segment that has been absent for months, leaving Intel to dominate the Entry level space.  This new chips are impressive in terms of embedded graphics, far superior than Intel's embedded graphics cards of UHD 630 and UHD 750 of the new 11th generation chips, while maintaining astonishing temperatures due to its 7nm chip and 65W TDP.

On its release tomorrow, we will produce further reviews and testing results to provide a more conclusive outcome on how they perform in gaming and production against the Intel rivals and the existing Ryzen 5600X and Ryzen 5800X processor chips.